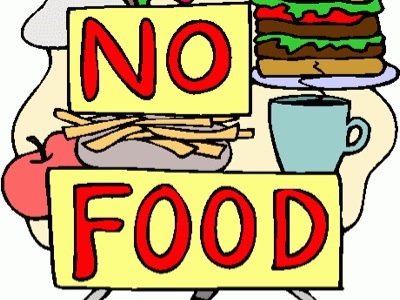 I guess I’m learning that sometimes it’s OK to stand up for myself, even if “they” say I’m breaking the rules.

On Friday night I was meeting people at a pub before heading out to a concert. Pub fare, while wonderful for many people, is impossible for me, so I brought along my own serving of homemade chili.

The hostess at the front door nearly had a heart attack.

“You can’t bring that in here!” she said. I think she was nearly panic-stricken, judging by the look of horror on her face.

I replied, as I continued to walk in, “I’m here to meet some friends who have already arrived. And yes, I can bring this in because you can’t feed me.”

“No, you can’t! It’s against the health rules!”

“Well, lots of other restaurants have allowed me to bring my own food in.” I replied, still moving.

“I can’t eat anything with wheat, dairy, corn or eggs in it.”

Then, “Let me talk to the chef and see what he says. What’s the name of your party?”

“OK!” Then I gave her the name. She pointed them out, and disappeared. I sat down and joined in on the conversation.

She returned a minute later and said that if I get sick eating my own food I can’t hold the restaurant liable. If I agree to that, then they will heat it up for me in the microwave.

From there on, they did a lovely job! My food arrived hot, delivered with a big smile, and they even washed my container for me. The folks at my table were a little bewildered, at least the ones I hadn’t met before, but I just shrugged and said something like, “I have allergies, how nice to meet you, tell me about yourself…”

Used to be that I wouldn’t have even entered the pub after the first refusal, and I would have left, upset, not to mention hungry. Worse, I’d be all alone outside, waiting for them to finish, and I wouldn’t be enjoying the party!

Funny how I’m learning to be a “rule-breaker.”