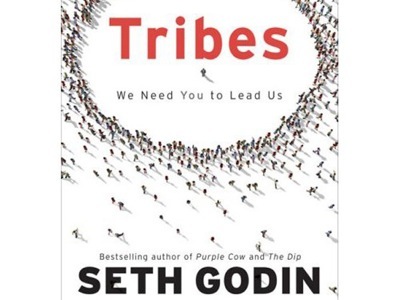 Seth Godin, a respected “influence” theorist, defines a “tribe” as a “group of people connected to one another, connected to a leader, and connected to an idea” (2008). Jon Morrow adds, “Sometimes, you don’t get to choose the tribes that you belong to. They choose you, and there’s nothing you can do about it. I’m a member of one of those tribes. It’s called the Tribe of the Disabled” (2008).

You and I are members of the “We Have to Eat Our Food Selectively” tribe. How did we get there? Well, it’s possible it was a choice, such as choosing to become a vegetarian, or to cut carbs or fats or sugars from our diet in search of better health. But for others, making the change is an imperative: we have a health issue that put some limits on our choice of foods in order to regain and/or retain our health. In some cases, ours lives depend on it. Like Jon, above, we didn’t choose this tribe; it chose us.

When people hear that I can’t have anything with wheat, dairy, corn, or eggs in it, they give me a slightly glassy-eyed stare, and then ask, “What’s left?” Even my own doctor chortled at the thought of me surviving on “ice chips and water!” The fact is, there is a lot of great food without those four ingredients: the trick is getting used to it and learning not to miss those four cornerstones of western diet. Shoot, I gained 30 pounds in two years of heavy studying without once touching any of those foods! (Not something I’m proud of, but it does prove a point…)

For you, it may be sugar, or fats, or gluten, or peanuts, or fibre, or portions-too-many-and-too-large, or any number of other food items you “should” be avoiding and/or controlling.

In other words, there really is a “Life After Corn,” hard as it can be to believe at the beginning.

Are you with me? Let’s survive – no, let’s *thrive* – together! And let’s call our tribe the “Great Food (Just Different) Tribe!”